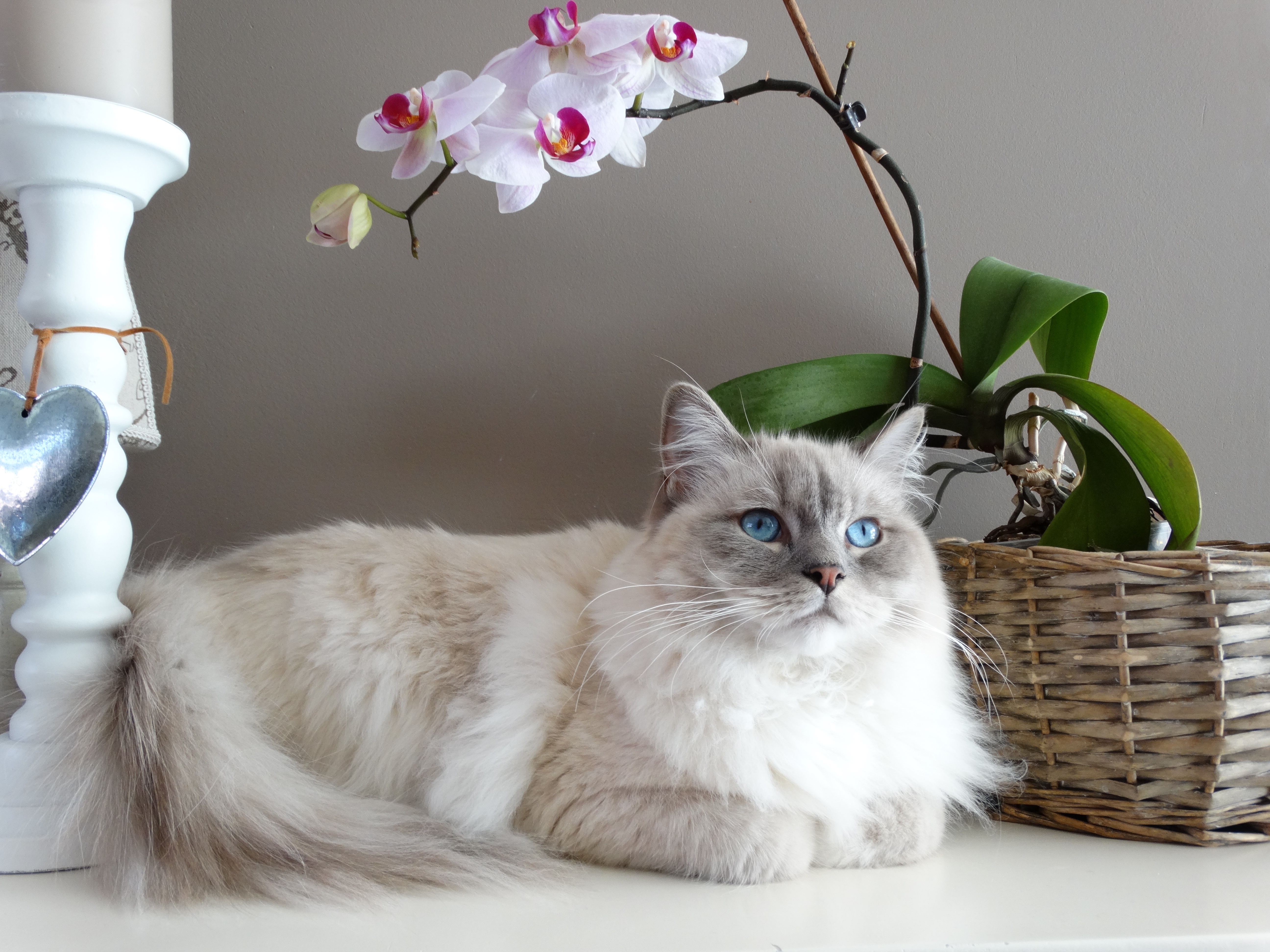 Cats communicate in many ways. They vocalize, use body language, act, and release scents.

– including purrs, trills and squeaks

– which includes the basic “meow”, meows and calls

The purr is a smooth and continuous vibrating sound that indicates a positive state in the cat. However, cats have also been known to purr in stressful situations, such as when they are seriously injured, in pain, sick, or tense. Cats are believed to purr when they are happy, need a friend, or give thanks for care, such as when the vet treats a sick or injured cat and purrs for it.

Kittens learn to chirp from their mothers, as she will use it to tell her babies to follow her. Adult cats chirp when greeting, usually to another feline. A trill sounds like a brief purr and meow combined.

Squeaks are meows that come out of the tongue. Mother cats use chirps to call their young from the nest. It is also used by friendly felines when approaching a human or other cat. Cats emit excited chirps and chatter when looking at or stalking their prey.

The best known sound cats make is the “meow”. Kittens meow primarily for humans and can be plaintive, assertive, welcoming, bold, friendly, attention seeking, whining, or demanding. Sometimes the meow is silent with the feline opening her mouth but nothing comes out.

Meows are soft, early sounds that kittens make and are used to get the mother’s attention.

The calls are made by females in heat and are known as “meows.” Males also make calls when fighting, especially on females during mating.

Growling, hissing, growling, and spitting are vocalizations cats make when in defensive or offensive mode. These danger sounds are often combined with body posture to affect a threat, for example, when a cat puffs its fur and hisses at a dog that gets too close. By growling, the cat is giving a warning to “back off before the claws grab you.”

Cats hiss when they are angry, scared, scared, or hurt. A cat that invades another’s territory will hiss and growl, and if it doesn’t leave, it can be attacked.

Cats use body language to express a wide range of emotions. To communicate fear or aggression, the cat will arch its back, puff up its fur, and use a side position. And to indicate relaxation, the cat’s eyes will blink slowly or have half-open eyes.

This body language is communicated through the feline’s facial expressions, tail posture, body, and fur.

When cats become aggressive, their hindquarters go up on stiff hind legs, their tail fur looks fluffy, their nose pointing forward, and their ears flat. Such a posture indicates danger and the cat will attack. This form of feline communication is intended to scare the aggressor and prevent an attack. It is a warning.

A scared and defensive feline will get smaller, lowering its body to the ground while arching its back and away from the threat.

Cats can show comfort or confidence when lying on their back and exposing the belly. However, this may also indicate that the cat is about to defend itself with sharp claws and teeth.

Joy is indicated with an open mouth without exposed teeth.

A cat’s ears can reveal various states of mind. With its ears pricked, the cat is focused and alert. Relaxed ears show that the cat is calm. Flattened ears occur when the feline is extremely aggressive or defensive.

Staring communicates a threat or challenge and is an indicator of hierarchy with lower-ranking cats withdrawing from the gaze of a higher-ranking feline. This look is often used for territorial or predatory reasons.

A cat’s tail is a great communicator. For example, a tail that sways slowly and lazily from side to side shows that the cat is relaxed. A tail wag occurs when hunting or when the cat is irritated or upset and can occur before an attack, playful or otherwise.

When playing, kittens and younger cats will put the base of their tail up high and stiffen their tails, except for an inverted U shape, indicating excitement and even hyperactivity. This tail position can also be seen when chasing other cats or running alone.

Surprised or scared, a cat may erect its tail and back fur.

Grooming and other forms of affection

Cats show affection towards other cats and some humans by grooming, licking and kneading them. When a cat purrs and kneads at the same time, it is communicating affection and joy.

A friendly greeting between cats occurs when they touch noses and sniff each other. Head banging and cheek rubbing between kittens shows dominance towards a subordinate cat.

A friendly greeting with a human is shown rubbing his face. The feline pushes his face towards the person who tells him affection. The “bump on the head” is another way that cats reveal positive feelings for a human. Rubbing your legs is another form of affection.

When cats rub and push against another cat or a human, they are spreading their scent, which is a way of marking territory.

Another way that cats bite to communicate is through mating. The male will bite the nape of the female and she will enter lordosis, revealing that she is ready to mate.

Cats use their own scent to communicate with other cats. When rubbing and bumping their heads, kittens use scent glands on their faces, tails, paws, and lower backs to diffuse their scent. Additionally, they use feces, urine, and fumigation to leave a message for other cats.

The spray marks the cat’s territory, both indoors and outdoors. Leaving urine and feces is also used to mark a cat’s dominance. Also, rubbing its scent on objects, such as a fence post, marks the territory.

Spraying males are the ones that mark the territory most frequently. Male cats spray not only to mark their dominance, but also to let other males know that nearby females are theirs for mating.

And this is how cats communicate.