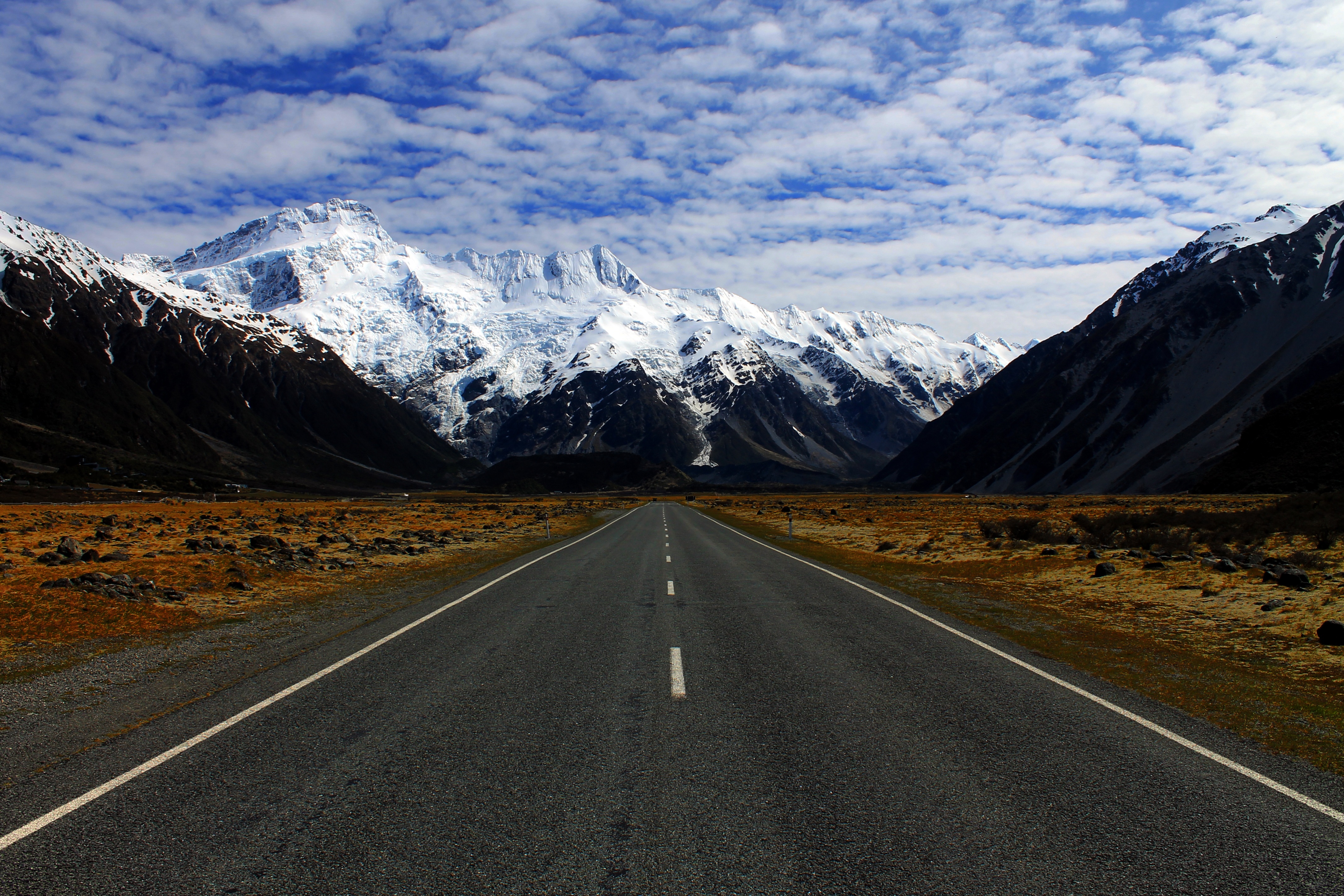 Many of us men have tried or are using online dating sites to find the right match. Many of us are sincere seekers of this type of woman! Our email alerts us that a woman has sent us a message on that site and, if the message has one, there is an image of an attractive, usually young, woman. So of course we click on the link or open our browsers to see what she said. This person’s bio says that she is from Birmingham, AL, or San Francisco, or Vancouver…any relatively normal place for a woman to live within North America.

For any of us who are remotely literate, we note that English is poor…nothing like American or Canadian, but we keep reading anyway. She says things like “I’ve been described as sexy” or “I’m looking for that man who loves me and treats me like a queen” or “I’ve been terribly abused and I’m looking for someone who treats me right” or “I read your biography and I saw your picture and I think we would make a nice couple” – things that we are attracted to for various reasons, as our needs and desires and what will attract us varies greatly from one man to another. men.

These biographies are a siren’s song, and like the Greek hero Odysseus and his men, many of us just can’t resist. Like fools, we keep reading anyway… even though that little voice inside of us (the voice that has saved my butt so many times when I’ve bothered to listen to it) you all know that voice too, I’m sure. ) is setting off little alarm bells like “But the writing is SO bad…” or “Okay…this is too good to be true!” or, if you’re over 50 like me, “What the hell would someone so young (say 22, 21, 31, 28 – pick a number, they’re all there) and who’s as charming as this want with an old man?” 55 years old like me? I mean, come on guys…we all probably still think we’re just as charming in our golden years as we were when we were much younger, but BE REAL! Alarm bells are REALLY ringing NOW! But like I said, (ahem!) we keep reading and maybe then we’ll decide to write again.

The messages may already contain an address for Yahoo messenger or MSN Live or one of the other popular chat engines, or through your correspondence back and forth (and they will reply to you) you will eventually get a contact address for these chat engines . Ok…here’s another red flag…if the hello message you originally received takes you to their timeline and the chat messenger’s contact information is there for all to see…how many other guys do you think who received the same? generic message? Anyway, we add that person as a contact… and HERE IT IS! LIVE!! We open a dialog to talk to her with “Hi… how are you… this is Bob…” or whatever and she responds. And you have this nice dialogue session with this person. Eventually, with the first or more of these dialogues, they’ll start to suck you in with romantic proposals and photos that appeal because they’re increasingly sexy, scantily clad, and model-beautiful, but probably not photos of them. These are more than likely images you got from a catalog or online, or any good source you could find!

Eventually, what will come is a well-written story with a request for money…something like “I came here from America for a modeling job that my roommate recommended.” Which is believable, I mean the photos are of that caliber! “When I got here my boss for the modeling contract wanted to have sex with me but I’m a good Christian lady and I wouldn’t so he beat me up and fired me and now I have no food.” If you’re a softy or basic humanitarian like me and can’t stand to see people suffer, maybe this will move you a bit. If you’re a smart tough guy who goes “Aww… to hell with this” and completely drops the ball, you definitely have my respect and admiration… my heart always seems to get in the way, heh heh. You tough guys don’t need to read any further, this article is simply not for you!

But… if you’re like me, keep listening. “Can you help me?” NOW the alarm bells are really ringing…the little voice isn’t SMALL anymore! But maybe you’re a fool like me and you don’t listen either! So, you ask, “Well, how much do you need?” She says “$50.00” Jeez that’s not a lot of money (for a lot of us) and you wonder how to send it so she asks and she hints at some money transfer service like WU. She contacts them and sends the money and then when she asks for it, the WU transaction confirmation number and she thanks you and maybe a few more photos that have gone from fully dressed to very revealing! Note that we are talking about a good Christian lady. Now I personally don’t have a real religion anymore, but living in America or Canada I think most of us know the principles and “good Christian ladies” won’t show you pictures of their breasts right away, if at all. . ? But being the horny guys that we are, we also ignore this warning. Gods, we are so dumb… so driven by our bodies!

Now let’s think about this for a minute, okay? A woman who is a beautiful model contacted us with an invitation to chat. She may have told you that she was falling for you (after knowing her for 2 hours). She talks to you very sweetly and investigates you to find out about you. She might even ask for personal information like her bank account, credit card, to fuel potentially lethal identity theft schemes and I know guys who have given these things away! She is looking for money from you and now you have sent it. Hit! Probably not… you’ve almost definitely been SCAMMED!

These women keep bleeding and bleeding you for the same amount or maybe progressively more and more money with all sorts of sad stories and tales of their love for you. Sometimes it will even lead to something like “I want to be with you but I have no way to get to you.” And you will come up with the “brilliant” idea of ​​sending them money for a plane ticket. These women are SO good at this kind of manipulation…it seems like it was all your idea! Just like internet marketing geniuses, these girls have found their niche. And YOU are not the only guy they are talking to… NO WAY! They are so good at this that they could have a hundred of us or even more kicking these dollars. Some of them work for bosses from home or in a boiler room setting where they are provided with everything they need to get their money and they get a sweet percentage of what they earn. Can you imagine the income that could be derived from a really good woman working in this market? We’re talking thousands and thousands of dollars a month! God! Am I in the wrong business?

Also, unless you talk to them on the phone, it might even be an ugly hairy Nigerian dude doing the manipulation! Even with a phone call, you CANNOT be sure! The internet is the best place to fake ANYTHING! Even male orgasms!

So the safest thing is to drop this ball completely! The minute she says she’s in or from Nigeria, and she’ll most likely say it right away because you’ll probably want to phone eventually… she’ll probably even ask you to call! And you’ll know from the country code where she is… so there’s no point in hiding this! Just when you’ve been mined for money or have the plea(s) floating around in your head, RUN LIKE HELL! Trust ALL your alarms!! They are there for a reason!!

If you are still not convinced of any of this, then YOU offer to fly to them!! Or tell them you’re sending them a non-refundable e-ticket to fly to you. You will find out by landing in Lagos or by mentioning the words “non-refundable” if you have anything or not. And personally, if I flew there and she didn’t show up, I’d be out of Lagos soon because Nigeria is A SICK PUPPY with more thieves per capita than kidnappers and cartel workers in the highlands of Colombia.

I wrote this because I wanted to spare you all the slightly hurt feelings, despair, frustration, anger, and embarrassment that I have felt from being scammed. I hope I was able to help.

For you ladies who might have read this, I don’t know if it’s the same for your lonely hearts as it is for men, but if so, I’m warning you to watch out too!

Keep your money and be patient!! If it’s meant to be, your partner will show up sooner or later.